A new Conference and Leisure Complex was proposed for building on 50 acres of coastline between the village and Bennane.  Plans for the 'Ailsa Craig Centre' were shelved after a Public Enquiry, despite the villagers supporting this development described as the 'New Aviemore'. 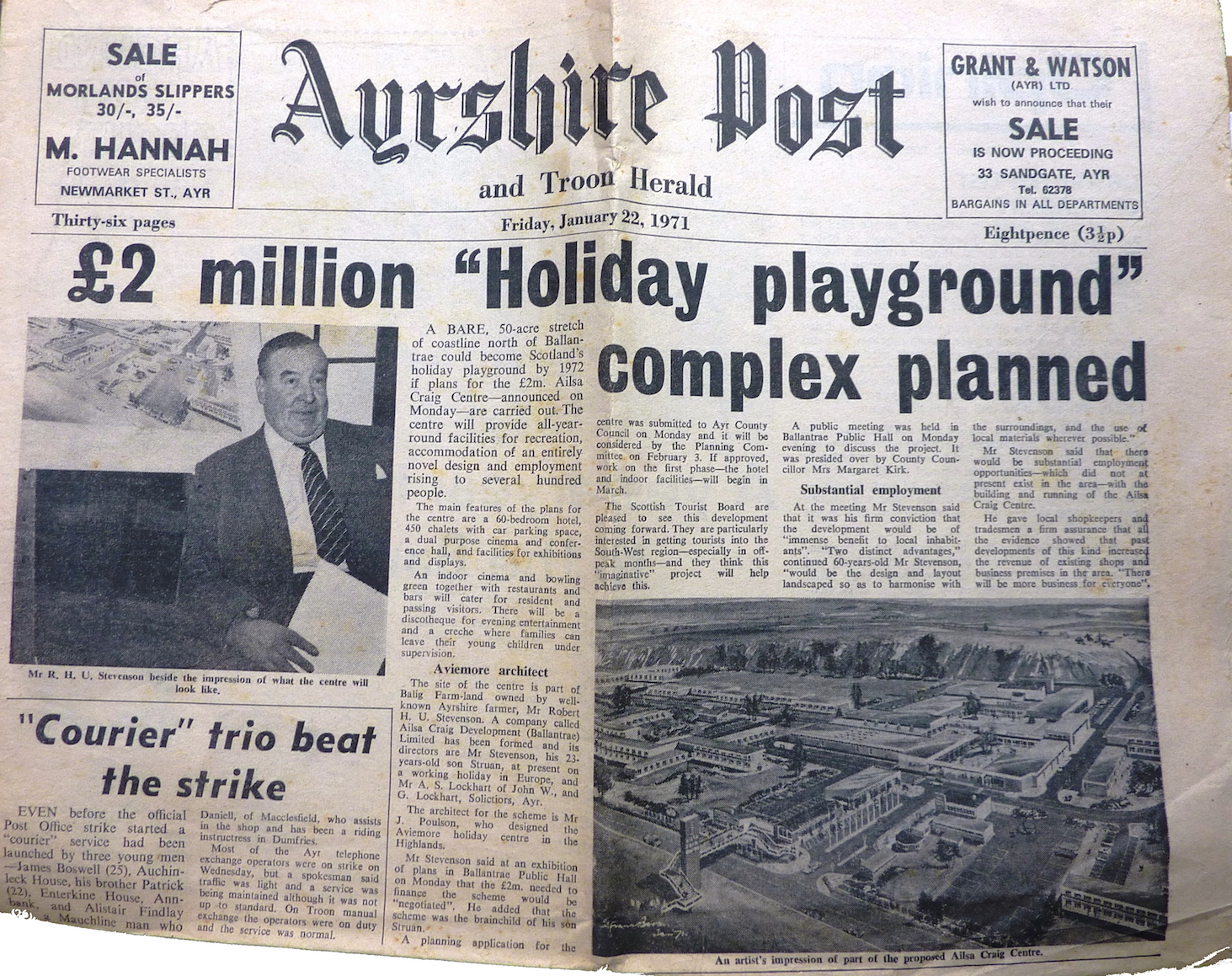 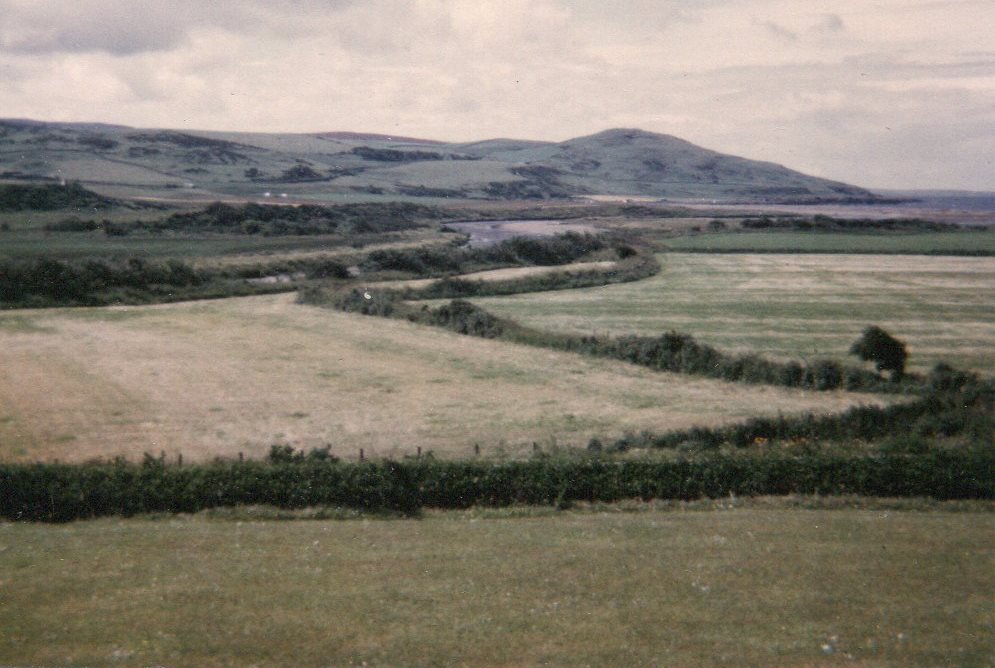 Members of church congregation invited to Garden Party at Holyrood Palace by Lord Ballantrae in his role as Lord High Commissioner to the General Assembly of the Church of Scotland.  These special invitations included Afternoon Tea inside the palace. 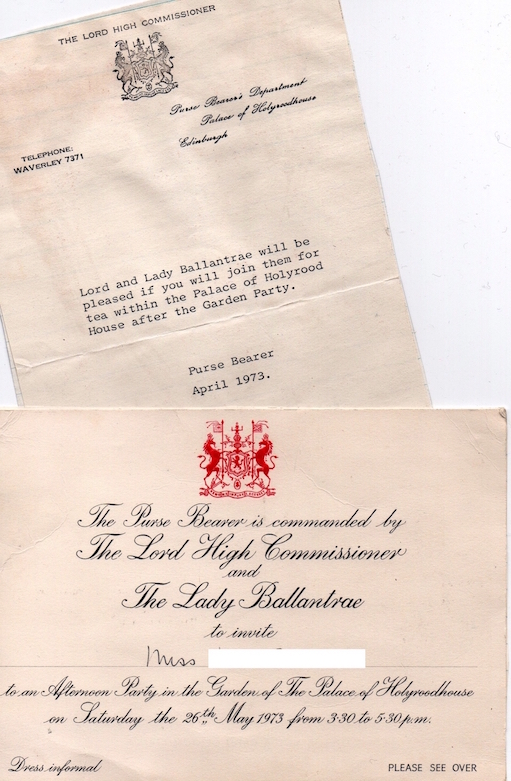 Lord Ballantrae created Knight of the Thistle, the highest Order of Chivalry in Scotland 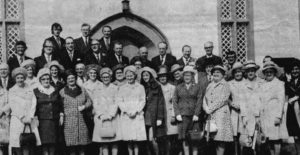 The Old Hall in Church Street was consecrated as Masonic Lodge No. 1705, named Lodge Stinchar Valley, on 6th November 1975.  Their penny design featured Ailsa Craig, Ardstinchar Castle and the old bridge.  The hall has since been converted to a private house. 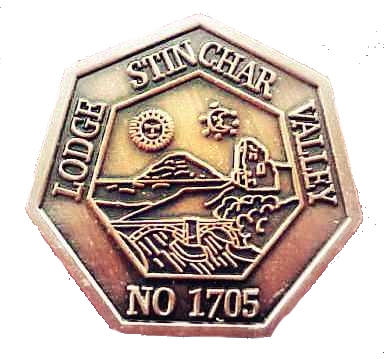 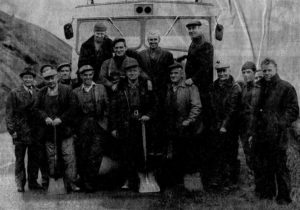 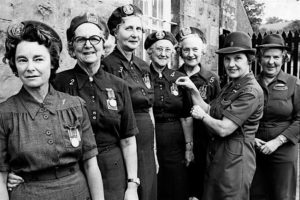 The Weber brothers from USA lodged at Threeways in Ballantrae while attending the British Open Golf Championship at Turnberry.  Their love of Ballantrae village led to Chuck Weber naming a new condominium 'Ballantrae' in North Ocean Boulevard, Delray Beach, Florida.  Margaret Kirk provided the village history, and 23 kilos of beach stones were freighted from Ballantrae to Florida to be incorporated into the build. 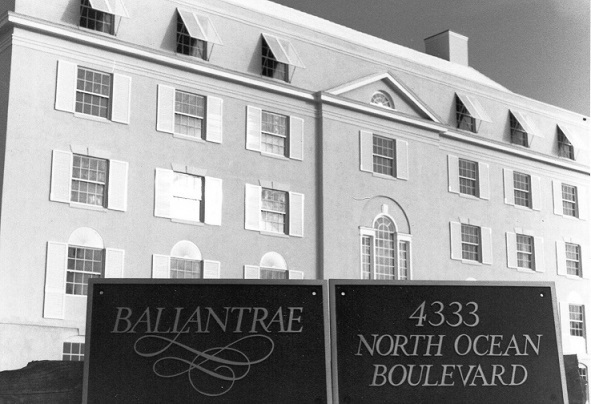 Comedienne and author Joyce Grenfell, sister-in-law of Lady Ballantrae, gave a charity performance in the village Community Centre.  At the end of the evening's entertainment, Lord Ballantrae made a special presentation to Mrs & Mrs J C R Brown who were retiring from the Post Office.

Tragic death of Lady Ballantrae, nee Laura Grenfell, near her home of Auchairne