River Stinchar burst its banks.  Stranded vehicles pulled out by lorries.  The Girvan to Ballantrae bus was forced off the road by four feet of water and plunged over a banking.  The five trapped occupants broke the windows and climbed onto the roof where they stayed for over an hour before a farmer came to the rescue with a rope.  One passenger lost her grip, fell into the water, and the farmer dived in to save her.

Earl of Inchcape sold Auchairne Estate by Public Roup in Kings Arms Hotel.  The 16th century house and grounds sold for £5,500 to Mr Hannah, an Ayr solicitor, and the five farms were sold privately to the tenants. 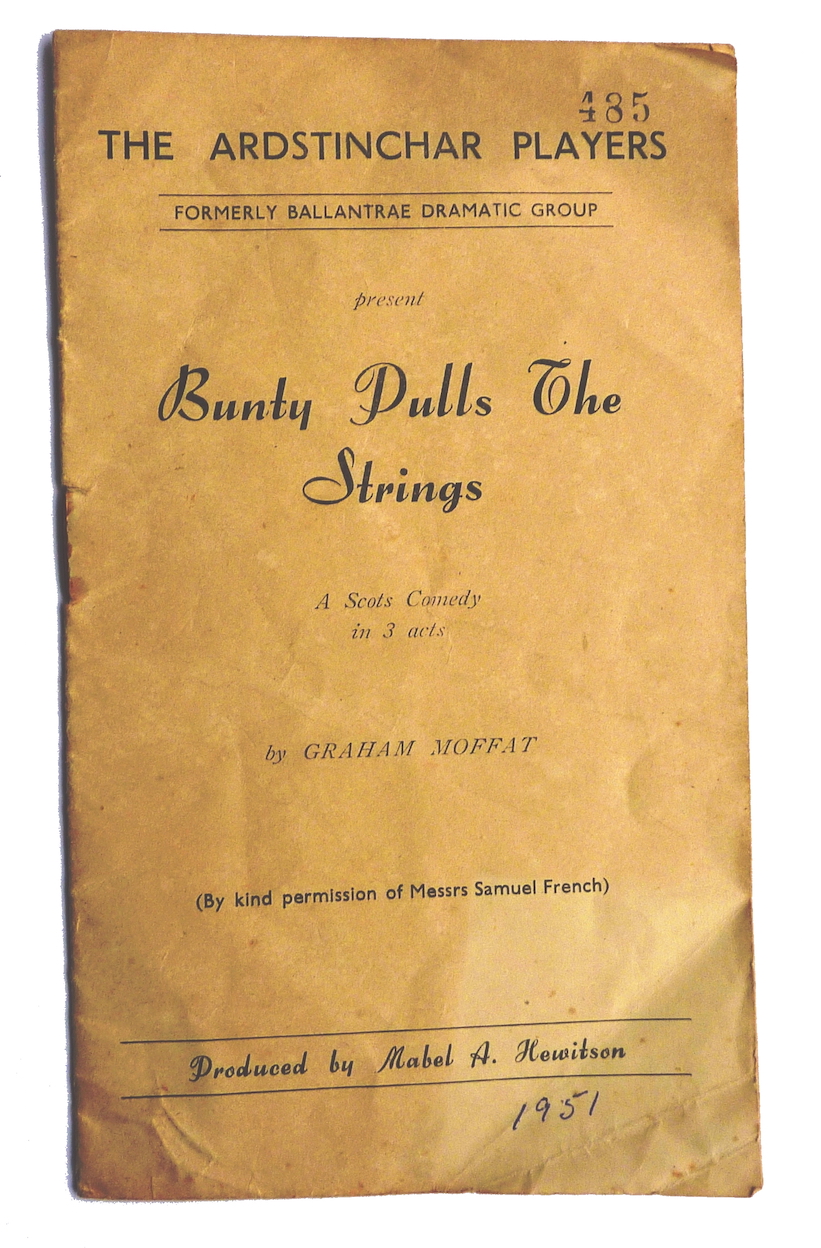 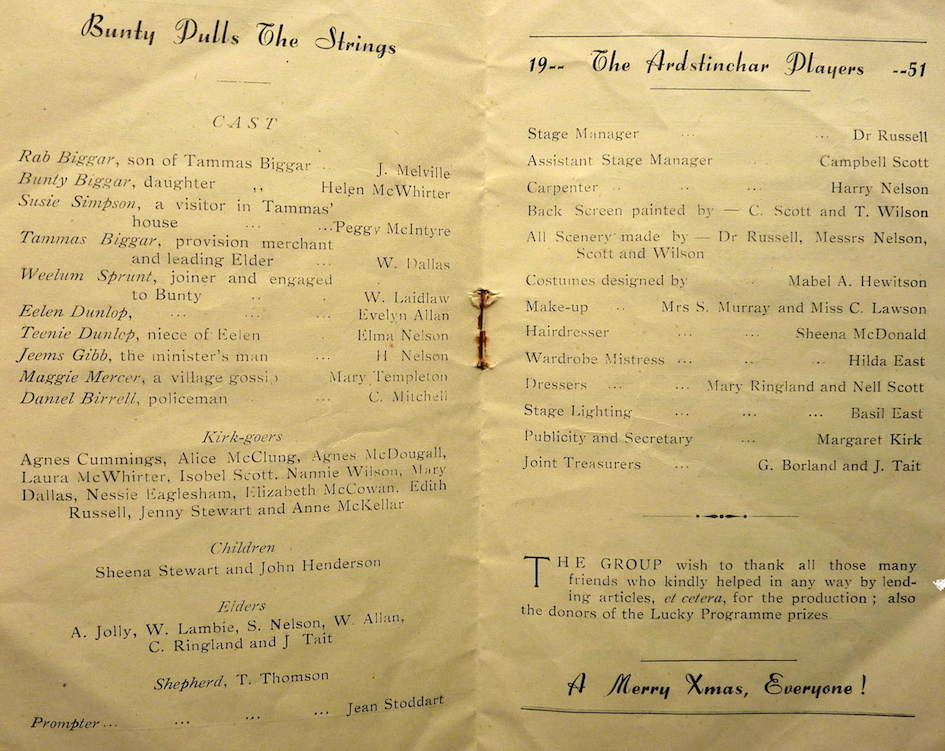 1951 programme for 'Bunty Pulls The Strings'

Celebrations for coronation of Her Majesty Queen Elizabeth II.  Programme included Divine Service in the church, a Fancy Dress Parade, Sports, Whist Drive, a Coronation Dance in the New Hall, and ended with a Bonfire on Big Park Hill.  Ballantrae Pipe Band played during the day "to give the Celebrations a real Scottish touch". 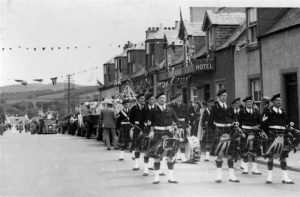 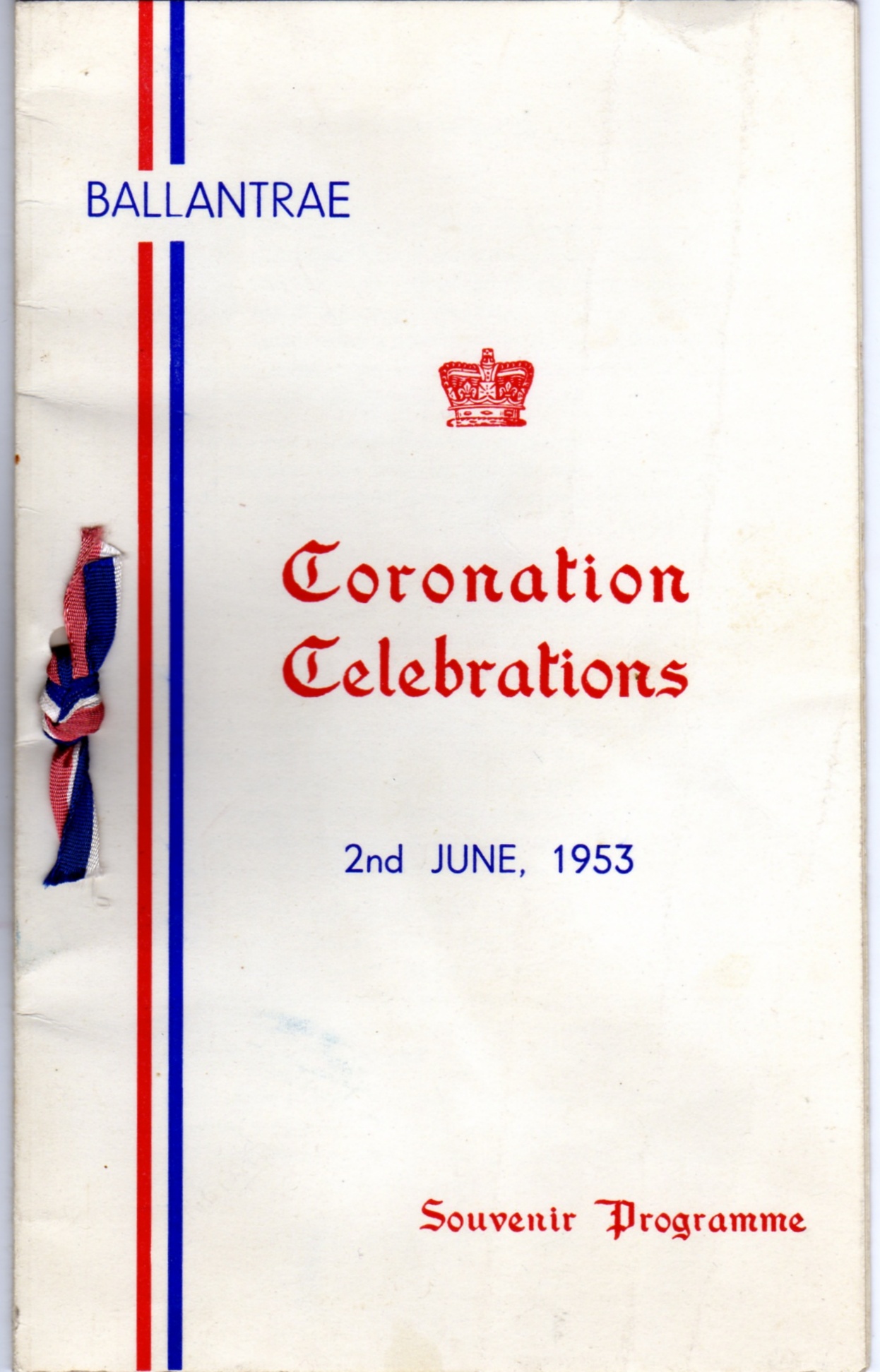 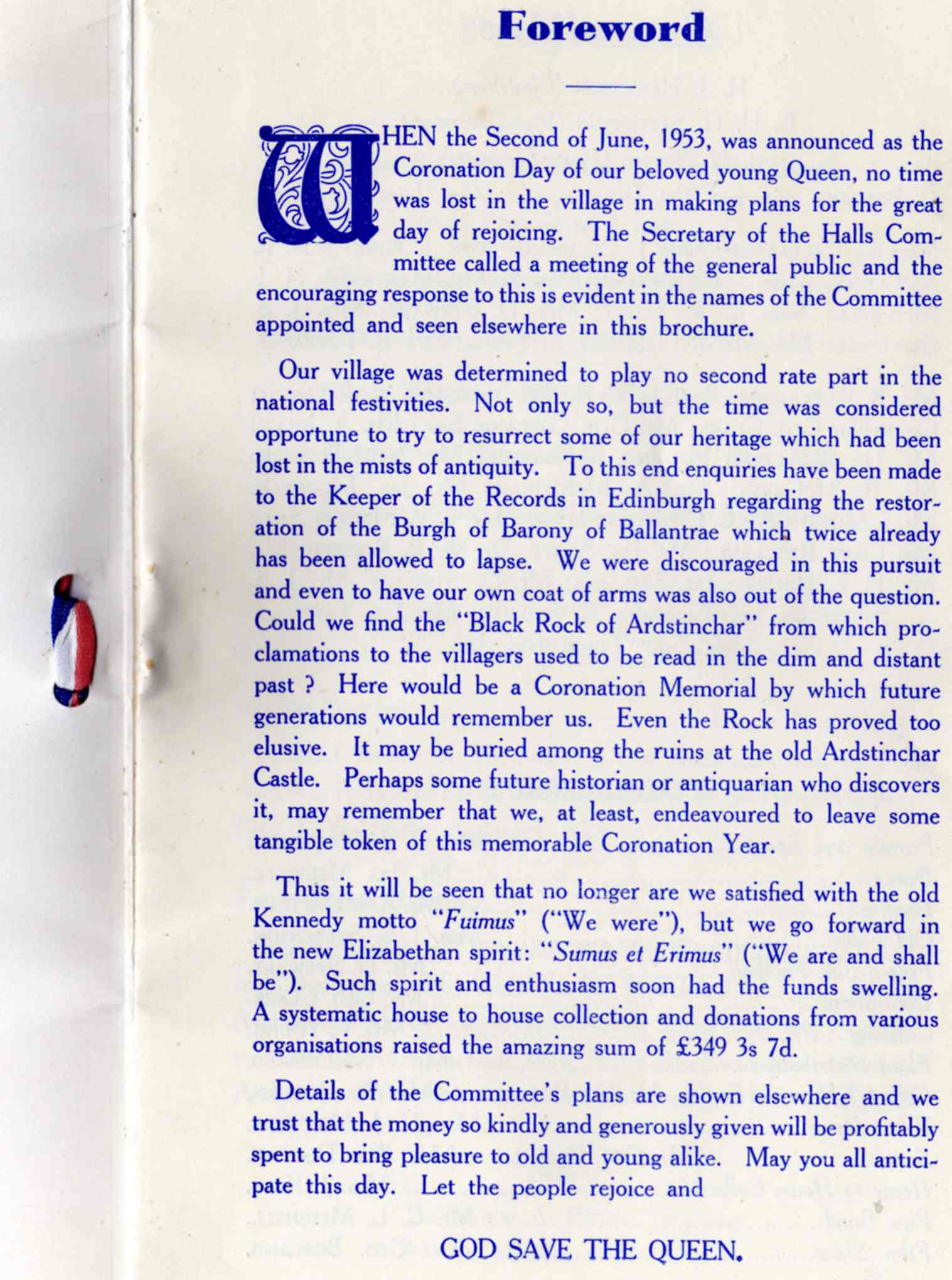 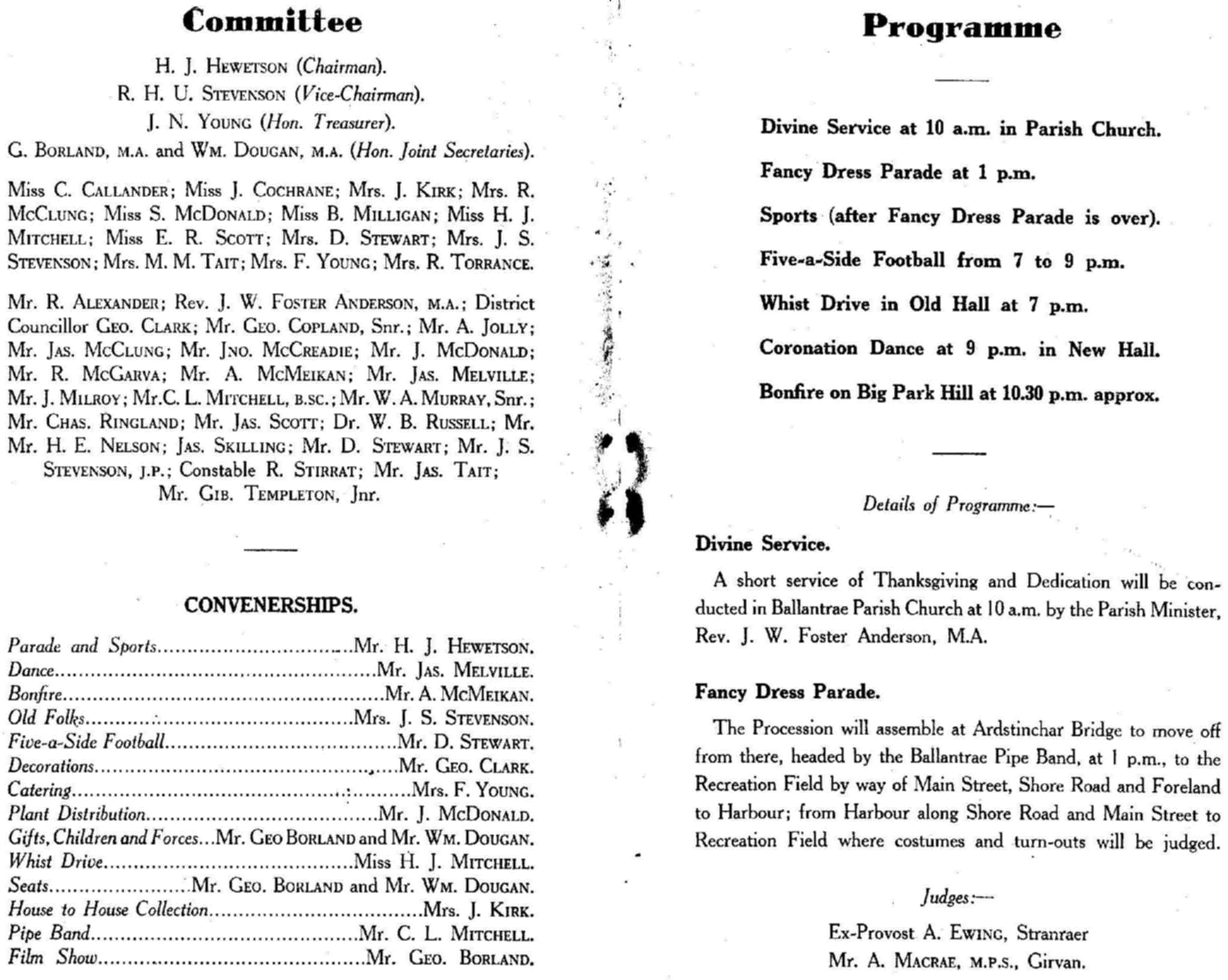 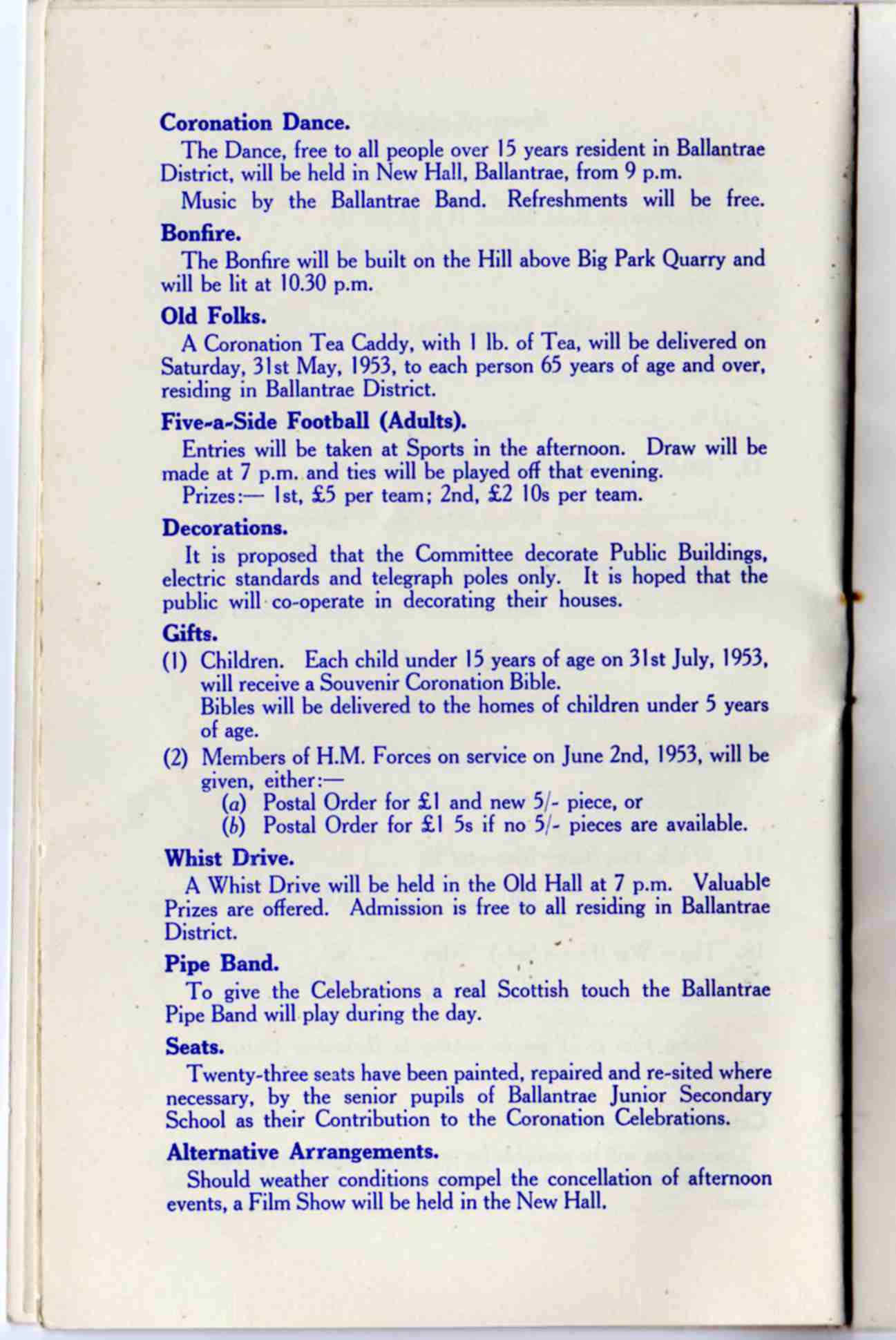 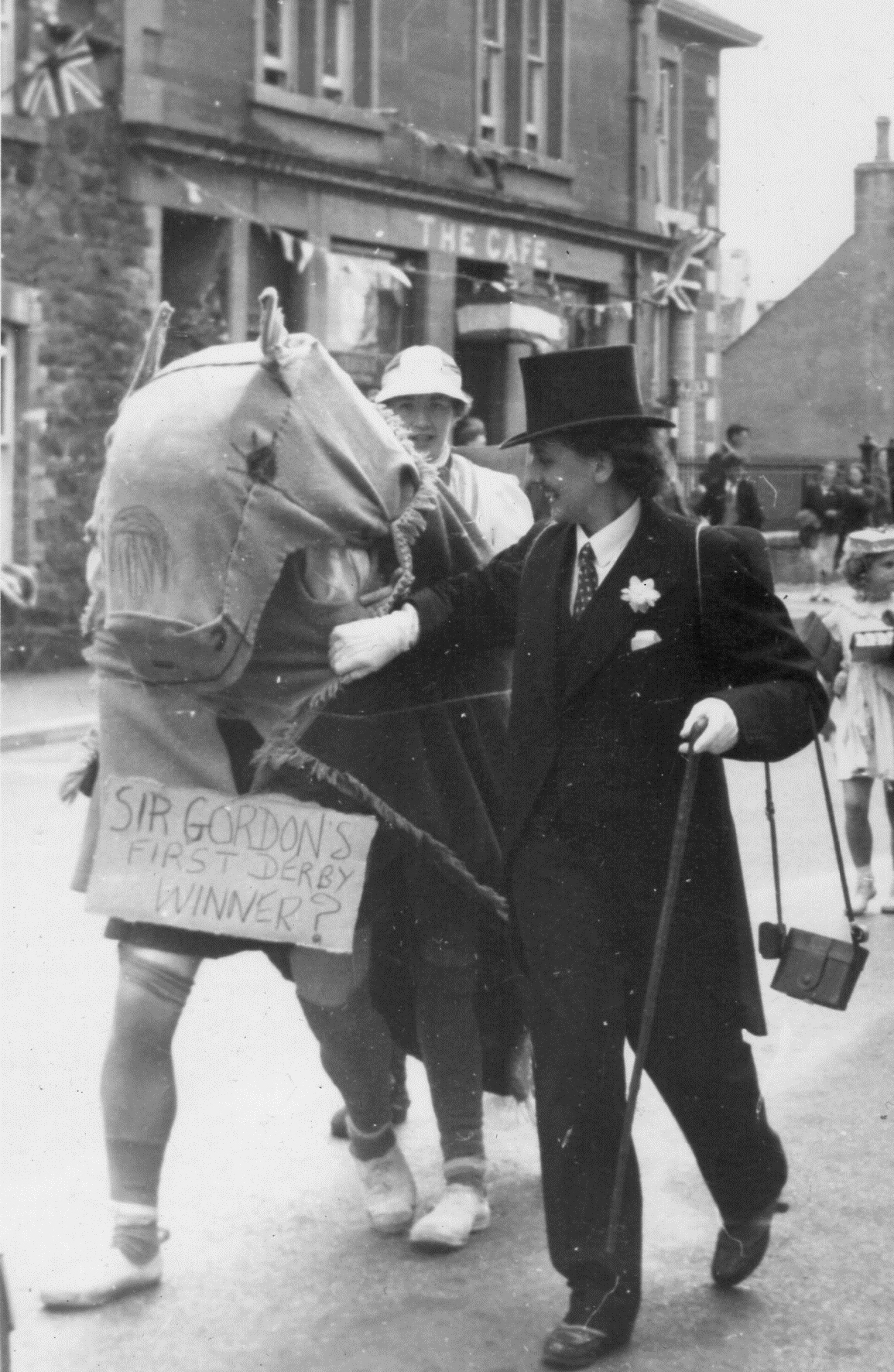 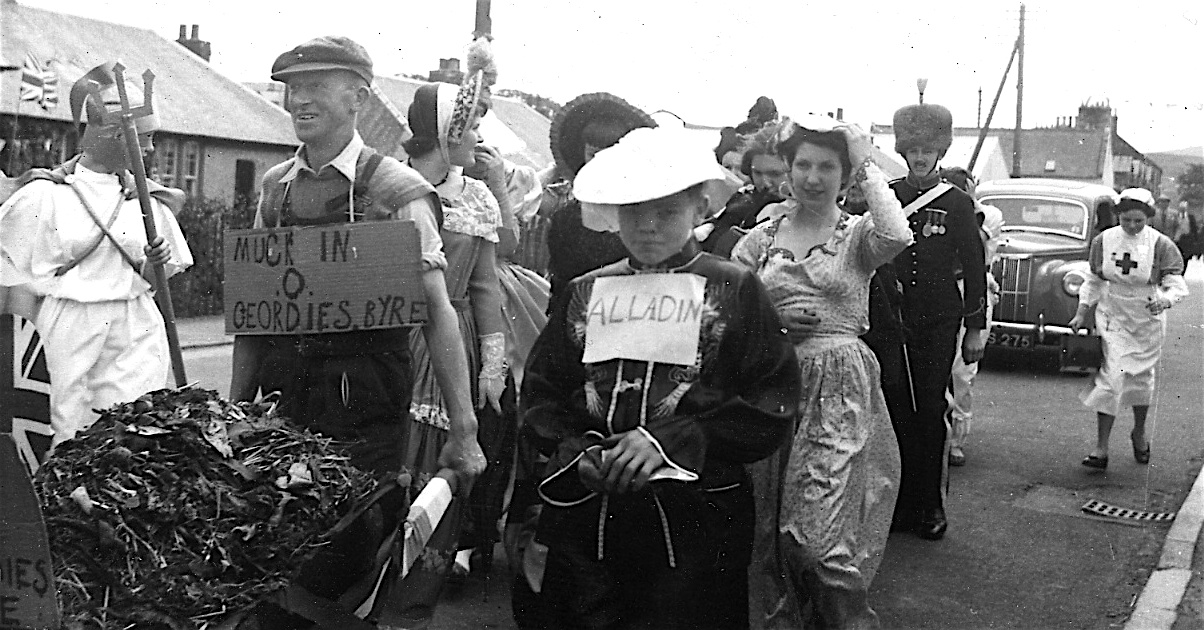 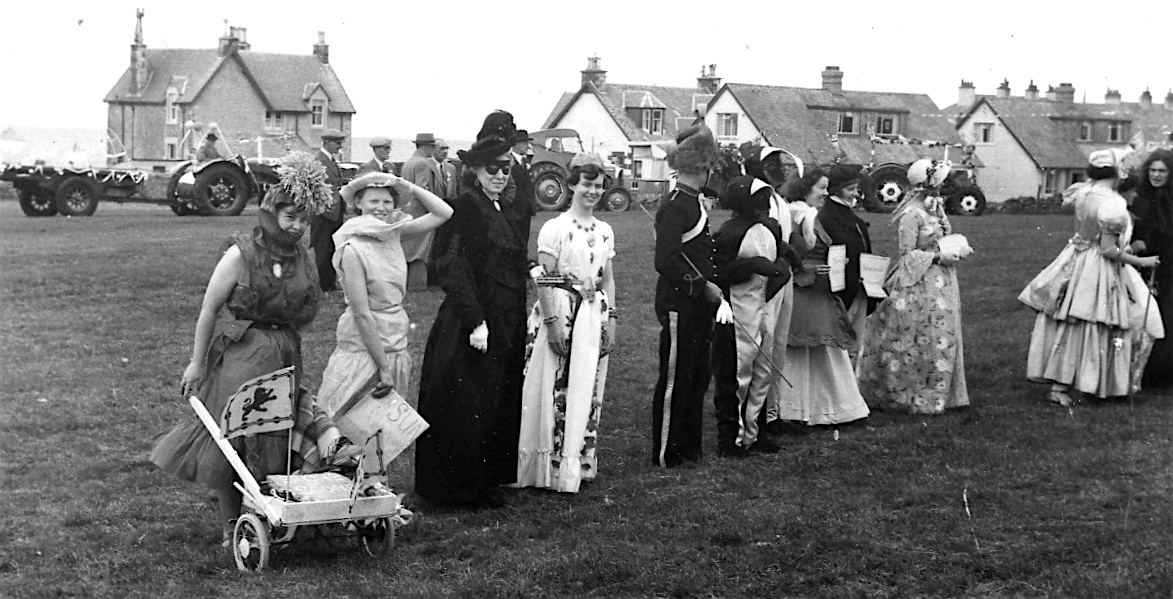 War Memorial repaired after storm damage, having lost 14 feet off the cross

The 'Ballantrae Cross' discovered by Mr Douglas of Shallochwreck Farm on Lord Inchcape's estate, recycled into a dry-stane dyke.  Measuring about nine inches wide by 13 inches long, this may have been a marker cross on the pilgrimage route to Whithorn, or from the old Chapel of St Ninian, or part of a gravestone.  The cross is in the care of the Hunterian Museum at Glasgow University. 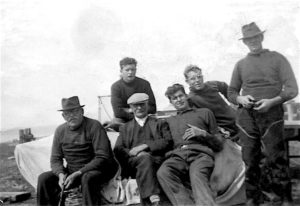 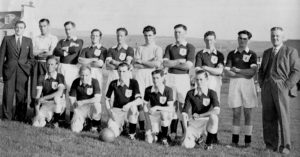 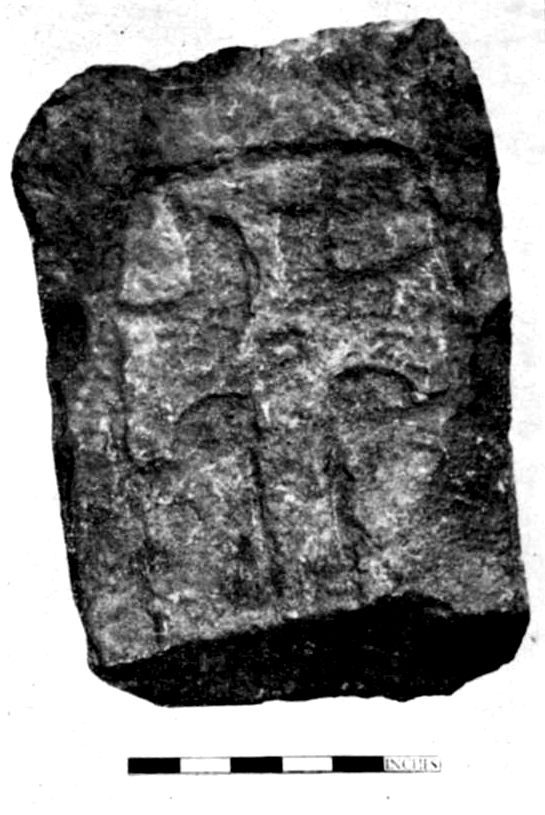 1957 The 'Ballantrae Cross' found at Shallochwreck