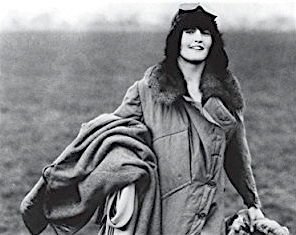 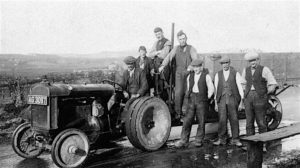 Three Ballantrae men added to the list of Justices of the Peace – John McCulloch of Laggan, John Stevenson of Balig, and schoolmaster Robert McWhirter

Four ladies trapped in their overturned charabanc at Glenapp after a private touring motor struck their front wheel, causing the driver to lose control and the charabanc to be ditched into a hedge

Farmers William Kennedy of Low Kilphin and George Shankland of Bennane were returning home from Colmonell Show in a horse-and-trap when they collided with a charabanc at Corby Stairs.  Mr Kennedy sustained a head injury when the trap overturned, and died the next morning.

Fire in a bedroom at Bellvue Cottage, occupied by a Miss Thomson, resulted in £60 worth of damage to furniture

Girvan man Giuseppe Coli was out shooting near Ballantrae and accidently shot himself in the leg while crossing a fence.  Died the next day in Ayr County Hospital from blood loss.

Street lamp erected in front of church, but removed in 1948 as not repairable

Andrew McGarva of Woodland Farm, Girvan, was driving a horse-and-cart with four occupants near Lendalfoot when his horse shied and run up a banking, throwing the occupants out.  A child in the cart was flung onto the horse's back, but the animal lay down and the child escaped uninjured. 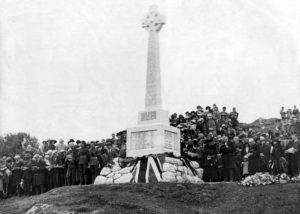 1922 People at unveiling of War memorial 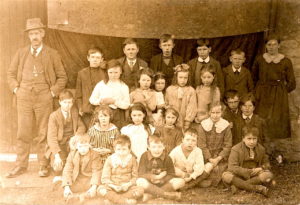 Death of farmer James Milroy, the last of his family who'd tenanted Dupin for nearly a century.  He remembered a little building beside the farm garden called 'Strappers Hoose' where the horses were changed and watered in the days of the double coach service between Dumfries and Ayr. 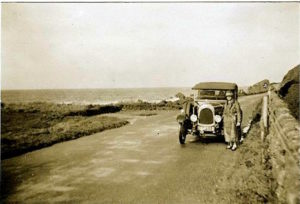 Four-masted schooner Richard, only four years old, was wrecked in October on its way home to Denmark after droppings its cargo of timber in Northern Ireland.

Dr Anderson of Stranraer and two lady friends narrowly escaped injury when their Daimler skidded down an incline near Finnarts road end.  They'd just got out the car when it burst into flames and was reduced to scrap.

Aviator Elsie Mackay,  daughter of Lord Inchcape, tragically lost at sea off Ireland when attempting a transatlantic flight in a Stinson Detroiter monoplane.  Commemorated at Glenapp by a stained glass window in the church, and in the glen by rhododendrons which spelled out her name ELSIE to be seen from the sky..

United Free Church merged with Church of Scotland, and the Free Church on the eastern Main Street was named 'Ardstinchar Church'