Glenapp Estate up for sale

Discussions regarding proposal that North British Railway would acquire a Ballantrae rail line and make a pier to run steamers to Larne, benefitting businessmen

Addition to Ballantrae Parish Church of a clock turret with gables, finials and a tiny fleche.  Architect was David MacGibbon who'd owned Laggan Estate until 1881.  The bell was cast by John Taylor & Co. of Loughborough.

Owners of houses around this time were:

Robert McWhirter was schoolmaster until 1926

Golf Course alterations and improvements made by Thomas Ramsay of Troon, under the direction of William Fernie who'd won the Open Championship ten years previously

A Business Directory published this year noted that Ballantrae was "rapidly rising as a favourite resort for visitors", and featured an advert for "THE FAMED BALLANTRAE TOUR"

Tenders invited for the supply of materials and construction of over a mile of sewers and sea outfall in the village, and for enlarging the reservoir at Smyrton

Golf subscription priced at five shillings for gentlemen and half that price for ladies.  Golf Club had 123 gentlemen members and 25 ladies. 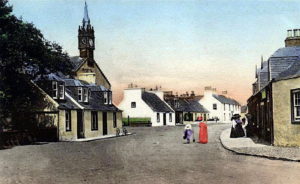 Ballantrae lifeboat was despatched on its carriage to Lendalfoot to go to the assistance of a small steamer which was flying distress signals in Lendal Bay.  The lifeboat was launched a mile windward of the steamer, which was about 1000 yards from the shore.  All on board the steamer were rescued.

During a telegraph breakdown on a rainy night, Mr McKenna and Mr C. Lawson cycled 13 miles from Girvan on a tandem to deliver a message about a stricken vessel 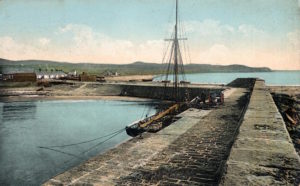 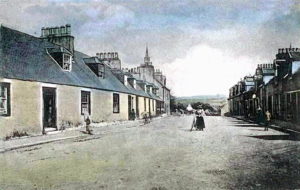 People in and around Ballantrae listed in 'Ayrshire, Dumfriesshire, Wigtownshire and Kircudbrightshire business directory'  1893