A mill and kiln were burnt to the ground and a quantity of grain lost.  Several Irish people who were turned away from the mill a few days prior were suspected of causing the fire.

Auchairne House built, being an extension to a farm house

The horseback mail delivery was superseded by a Mail Coach

The sloop 'Aim' of Kindcardine, sailing from Malaga to the Clyde under Master W. Mason, was driven onto shore at Ballantrae.  The cargo of wine and fruit was discharged under the superintendence of the officers from Stranraer.   As Malaga was infected with fever, precautions were taken to prevent the crew communicating with the people on shore.  Ballantrae men who had communication with the crew when the ship first beached were allowed to help with the unloading of the cargo.  They were kept apart from their families for some time.  The ship was later refloated and sailed back to Malaga with her crew.

Mr Andrew McCredie, tenant in Craig of Glenapp, was returning home from Colmonell Fair and fell over the Scar precipice near Colmonell Manse.  He was found dead next morning by some anglers in the River Stinchar.

'Pigot & Co.'s New Commercial Directory of Scotland for 1825-6' gave a list of local names and occupations:

Rev. Thomas Burns, nephew of poet Robert Burns, was ordained as minister of Ballantrae Parish on 13th April while still a bachelor.  He stayed for four years before moving to Monkton Parish where he married Clementina Grant, the niece of the previous minister.   In 1843 Thomas joined the Free Church of Scotland, and later moved to New Zealand where he enjoyed an illustrious career. 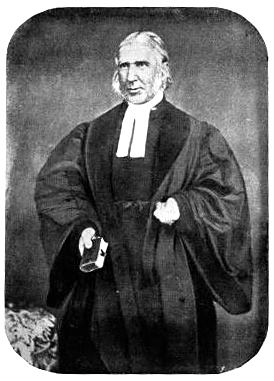 Isabella Caddell, nee Butter, died 25th March and bequeathed £4,500 and 15 acres of land to endow a chapel and a school at Glenapp