Gilbert Kennedy, the Laird of Bargany & Ardstinchar aged 25, was slain at Pennyglen by the Kennedy Earl of Cassillis. Gilbert was described as 'the brawest manne that was to be gotten in ony land; of hiche statour, end weill maid; his hair blak, but of ane comlie feace, the brawest horsmanne, and the ae best of mony at all pastymis, for he wes feirce and feirry, and wonder nimbill.' He left one son, the last Kennedy Laird of Bargany & Ardstinchar, aged four.
Gilbert's brother Thomas Kennedy of Drummurchie took revenge by killing the Earl of Cassillis's uncle, firing the house of Auchinsoul and taking prisoner the Countess of Cassillis. He was forced to leave the country as a traitor, and died abroad.
Building of church in Ballantrae village begun by Lady Bargany with a splendid tomb for her husband. 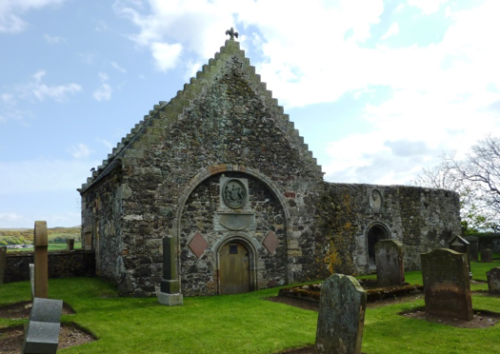 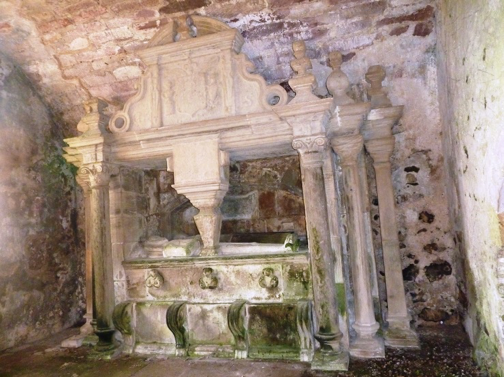 Death of Janet Stewart, Lady Bargany. Her brother Josias then managed the estates on behalf of her young son.
This year or later, Gilbert and Janet's bodies were brought from their burial place at St John's Church in Ayr in a grand funeral procession of one thousand gentlemen on horseback. A banner was carried depicting the wounded Gilbert with his wee son sitting at his knees, and the words 'Judge and Rewendge my caus, O Lord'.

Church moved from Kirkcudbright-Innertig (at Kirkholm Farm) to village of Ballantrae. Patronage was retained by the Kennedy family of Bargany & Ardstinchar.

First mention of a golf course at Ballantrae. Thomas Kennedy of Bargany was in trouble for intercommuning with proclaimed rebel, John Kennedy, younger of Blairquhan. Thomas openly 'keipit company, conferrence, and societie with the said rebell in the toun of Ballintra, playit with him on the linkis callit the grene of Ardstinchell'.
Auchairne and Kilphin belonged to the Kennedys of Blairquhan

Sir John Hamilton's son John was created a hereditary peer of Scotland with the title of Lord Bargany. He married Lady Jean Douglas, daughter of the 1st Marquis of Douglas.

A Royal Postal Service was introduced on several routes including that from Edinburgh to Portpatrick via Hamilton, Ayr, Girvan and Ballantrae, supplemented in 1662 by another to Ireland via Glasgow and Kilmarnock
Ballantrae Parish had a school

Alexander Peden the Covenanter, formerly a teacher at Tarbolton and later Minister at New Luce, was declared an outlaw. He was caught by government militia near Ballantrae, taken to the Bass Rock and imprisoned until 1678 when he was to be deported. He persuaded the ship's Captain to let him go free, and he remained an outlaw until his death in 1686.

Windmill built on plateau above village

Schoolmaster of Ballantrae was James Muirhead

Ballantrae Parish disjoined from Ayr Presbytery and annexed to Stranraer