Gilbert Kennedy of Carlock fled to France and died there after killing his younger half-brother James in mortal combat for the chieftainship of Clan Kennedy.  Carlock Hill would have been a prime coastal lookout for the Kennedys.  A castle once stood at or near the site of the current Carlock House.

Alexander Kennedy of Ardstinchar and John Kennedy of Dalfask appeared as witnesses to a charter.  Alexander was smothered under featherbeds by his kinsmen, and his brother Hugh Kennedy had inherited Ardstinchar by 1429.

Hugh Kennedy, known as 'Friar Hew', abandoned the Blackfriars Monastery in Ayr and went with the Earl of Buchan to France to fight in the Hundred Years War as captain of about 100 men.

Barony of Ardstinchar created by King James I in August, comprised of Hugh Kennedy's 'lands of Ardstynchel, Ballowmtircastel and Dalfask' and his brother Thomas's 'lands of Kyrcoswalde and Bridgend'.  Hugh used proctors for the transaction as he was still in France, now fighting alongside Joan of Arc.

Joan of Arc went to Lagny-sur-Marne where Hugh Kennedy was Captain of the Scots garrison.  His name appears in her trial record, and in many French accounts of the war 1421-32 including at the Siege of Orleans.  A marble plaque in Orleans commemorates the Scots Captains who fought under the Auld Alliance.  The name of Hugh Kennedy features alongside Girvan man Thomas Houston. 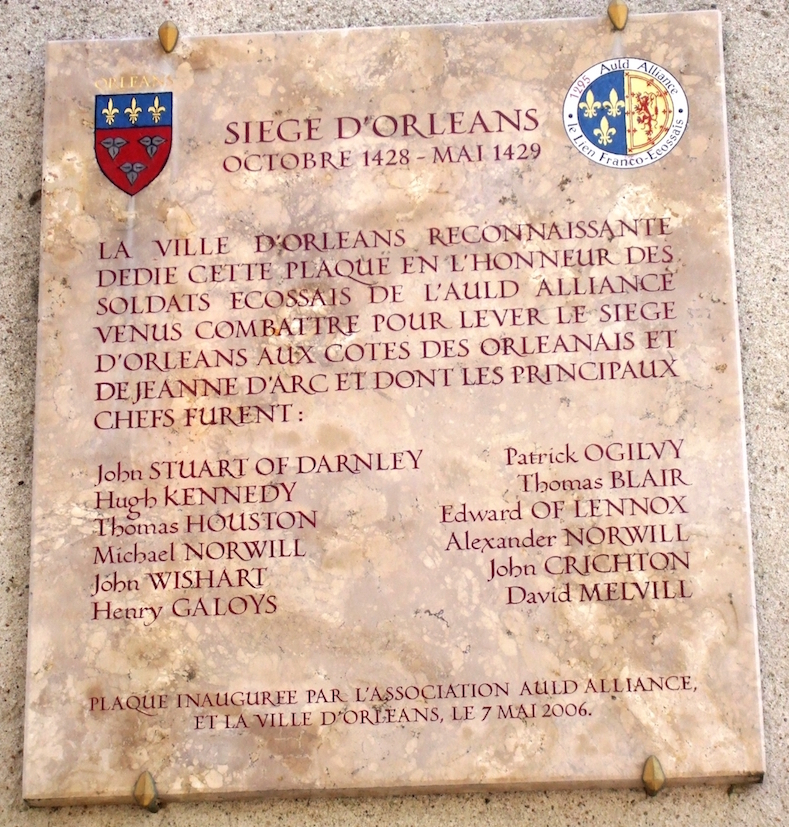 Hugh Kennedy visited Scotland as a French Ambassador to fetch the young Princess Margaret to France for marriage to the Dauphin Louis.  After landing at Lochryan and going on pilgrimage to Whithorn, he brought the embassy to Ardstinchar Castle for feasting and to meet his kinsmen and friends.  His brother Thomas Kennedy was Bailie of Carrick at that time.

Hugh Kennedy captained an army ship for the dangerous voyage from Dumbarton to France with the princess.  The Admiral of the Fleet was his kinsman William Sinclair, 3rd Earl of Orkney, who would begin building Rosslyn Chapel a few years later.

Hugh Kennedy returned to the church after fifteen years as a mercenary in France, and King James I rewarded him with the provostship of the Chapel Royal at St Andrews.  The kings of both France and Scotland also supplicated the Pope to allow Hugh to earn up to £500 from his various church livings – a vast salary in the 15th century.

The assassins of King James I were hung, drawn and quartered, and their body segments sent around the country for display.  Thomas Kennedy, 1st Laird of Bargany & Ardstinchar and Bailie of Carrick, signed off payment of eleven shillings for 'the carriage of a quarter of Robert Stewart, traitor, from Edinburgh to Ayr'.

Hugh Kennedy became Treasurer of the See of Glasgow, covering 255 parishes including his own

John Kennedy held the lands of Bennane and Dalwegene with the Manor Place and Cave, together with the office of Sergeant of Carrick.  Both lands and office were hereditary.  The whole front of the double-compartment Bennane Cave was once completely walled over and used as a prison. 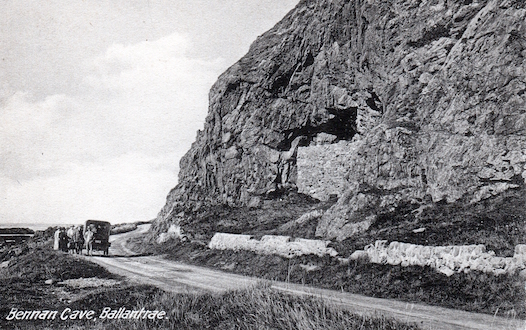 Bennane Cave, once used as a prison 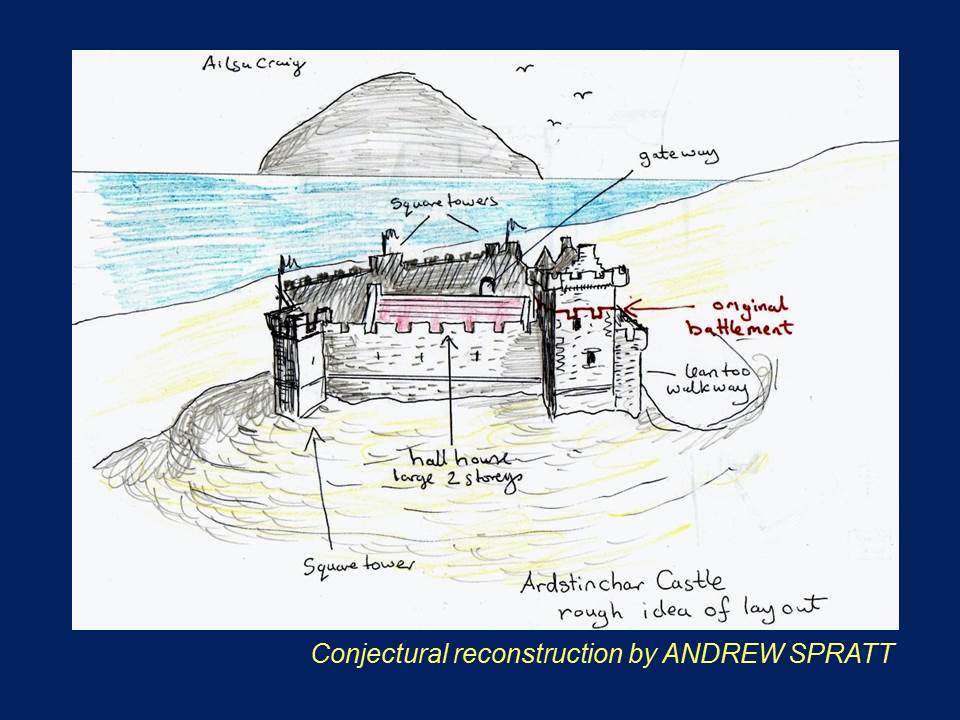 Death of Hugh Kennedy, aged about 61, by then Archdeacon of St Andrews.  Ardstinchar was inherited by his brother Thomas, 1st Laird of Bargany.  Ardstinchar Castle was to be the principle seat of this branch of Kennedys until the 1600s.

An attempt to quell the Kennedy feud between the houses of Bargany and Cassillis was made through marriage.  It didn't work.

A Chapel of St Ninian near Ardstinchar Castle was in need of funds for the 'conservation of its buildings and the better supply of its books, chalices and other ecclesiastical ornaments'